Popular American company Fitbit is headquartered in San Francisco California. It offers  a range of products related to an individuals’ fitness including wireless – enabled wearable devices relying  on technology, activity trackers, and other technology devices that are created to measure a person’s quality of sleep, heart rate, number of steps climbed, and other aspects of a human being’s  personal fitness metrics and has gained immense popularity as a company.

In the current period where everybody is confined to their homes and gyms are closed there is a great possibility of complacency, lethargy and long periods of inactivity to set in for individuals who were active and exercising regularly. In a bid to keep such individuals motivated and also to attract a potential customer base, Fitbit has recently announced free services. 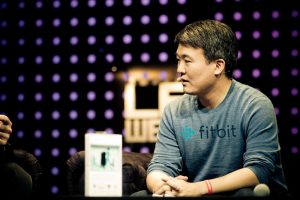 James Park, the CEO and co – founder of Fitbit announced that the company would be giving in its Fitbit app, 40 pieces of premium content free of charge. He mentioned that since currently everybody was in a period of inactivity and either in a forced or wilful self – isolation state it was important to remain active, and combine it with eating good and healthy food , sleeping for the required hours, avoiding or managing stress and not letting the current pressure depress you. The best form of coping with stress in these long periods of isolation would be some sort of activity and with that in mind Fitbit he said had given the premium Fitbit service for 90 days free.

This he felt would be good motivation to adopt a fitness regime without pushing too hard. New users of the Fitbit premium app would get on payment 90 days free instead of the routine offer of 7 days free. Subscription to this service includes personalised guidance on healthy habits, sleep tools, workouts numbering more than 150 from fitness brands such as – Yoga studio by Gaiam, POPSUGAR, Daily Burn, barre3 amongst others.

He also announced a 90 day free trial through permitting of the streaming of work out videos on PC’s and handsets/ mobiles for users in the regions where premium is not available.

In another novel move Fitbit is providing academic and research institutions with privacy aware access to its data set which is safe and secure too. The Fitbit gadgets will also help in identifying and detecting early cases of flu and influenza and thus do their bit in this coronavirus ridden days and help to some extent.