People are crazy about music in India. Anything to do with music is what attracts most Indians. They are always seen with their headphones, head pods, blue tooths; hands-free listening to their favourite numbers while travelling to the office, to college or school or even while doing house chores.

With this craziness that people have in India, Bytedance, the parent company of TikTok, launched a brand new music app named Resso, which calls itself a music streaming service for the next generation of music lovers.

It is a music app that is developed with a paid subscription plan & also allows sharing of small video clips.

TikTok has always been on the forefront of news for all the good as well the bad reasons & taking advantage of this, Bytedance launched a music streaming service in competition to others like Spotify, Gaana, JoiSaavn, Apple music, etc. & launched the app with a paid subscription plan.

Resso is now available in India as well as Indonesia considering the high population of both the countries & looking at the familiarity of these countries with using TikTok. And, the app has already been downloaded by more than 50k subscribers across Android phones as reported.

Resso is in the Beta testing phase as of now & provides real-time lyrics & users can even post their comments under individual songs. They can also post short videos & GIFs.

The membership fee for Resso in India is priced at Rs.119 monthly, which is similar to Spotify. And, with a premium membership, users can listen to the songs ad-free & can even download them.

Initially, it was also reported that Bytedance has also secured rights from Indian music companies like T-series, Bloomberg News & Times Music. But nothing has been reported about the deals with three of the biggest music companies in the world – Sony Music Entertainment, Warner Music Group Corp & Universal Music Group.

Introducing Resso only in a few markets right now is a good business plan for the service to grow gradually & make a name for itself in the global market like other music apps.

Air pollution can lead to heart problems in humans & animals as well. 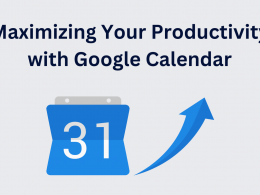 The Internet may do more harm to your kids than good if safety tips are not kept in mind – so what tips can you follow?

With the kids being forced to spend all their time indoors, it is but natural that they start…
byAjay sharma