A docuseries on Netflix titled “ Tiger King ” has created quite a buzz. The central character is Joe Exotic who owns a private park in Oklahoma and raises and breeds big cats. However, he has a dark and mysterious side to his character. The opening episode reveals that he has been accused of conspiring to kill an animal right activist by hiring a contract killer.

Joe himself has enough charisma to engage the audience, but to add to the list of memorable characters you have a host of others like the owners and operators of other parks full of big cats and an equally mesmerising Carole Baskin who is geared towards providing him punishment for his misdeeds. 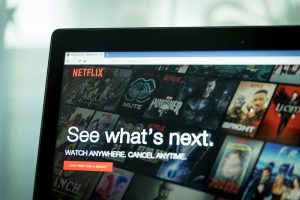 In the latest episode of original content podcast which reviews “Tiger King “Jason from the Tech Crunch team mentions how addictive the show is. You may have been getting pop ups in your news feeds about this show till you decided to explore and watch and once you do that you can’t let go. It has its shocking twists and turns and is extremely engrossing.

It cannot be ruled out though that the show is arguable on the grounds of ethics and treatment of its characters. It is a matter of debate if the Directors of “ Tiger King “ Rebecca Chaiklin and Eric Goode have shifted focus in the expose of the owners of the Big  Cat. In an interview to Vanity Fair of Co – Director Goode a behind the scenes revelation was made as to what prompted the making of this series.

Goode a conservationist as well as a well -known name as an entrepreneur in New York went to visit an animal dealer in South Florida, but what he saw in a van that pulled up alongside sowed the seeds of this project – a snow leopard hiding in the back seat in a temp of 100 degrees without any backdoor windows or air conditioning in the van. It was then that he started contemplating on the private ownership of big cats and how that industry was functioning.

To above mentioned review is also available in Apple podcasts among other podcasts palyers.

Every New Year comes & passes by like grains of sand passes through our hands. Every year we…
bysupriya sharma

Ignaz Semmelweis , born in 1818, an Austrian – Hungarian physician and scientist is cited as a pioneer…
byJigar Saraswat