Trending News
Is the lockdown during Covid 19 or mental depression to...
Shocker for Bollywood – Actor Sushant Singh Rajput commits suicide
This is Ahmad Essam
Karan Johar says he is now available for Father roles...
India’s Covid Cases record a steep rise – cross the...
Rockstar singer Guru Randhawa releases a devotional song amid coronavirus...
Happy Buddha Purnima 2020 Quotes and Wishes for Facebook, WhatsApp
Neetu Singh has been pouring love and gratitude in her...
After e – commerce gets a go ahead, day 1...
News of migrants being asked to pay for their train...
Home Lifestyle Next time you reach out for salt think about your immunity
Lifestyle

All of us have heard that eating too much salt is not good, but have we wondered why?  According to a recent study conducted by researchers including those from the University of Bonn, it was observed that high salt diet could weaken the immunity system and lead to severe bacterial infections and immune deficiencies.

According to a guideline by WHO a person should not consume more than 0.17 ounces of salt or equivalent to one teaspoon of salt in a day.

Experts have mentioned that the salt concentration in our blood and various organs is regulated by the body and remains equally distributed, however an extra intake could create an imbalance. Our kidneys through a sodium chloride sensor present in them filter out the extra salt that we consume which is then passed out though our urine It is these sensors that cause the accumulation of glucocorticoids in the human body which then prevent the functioning of the common immune cells. 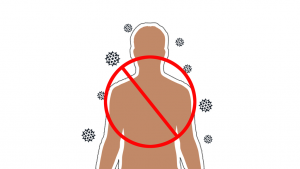 An increase in the consumption of salts leads to the weakening of our immune system and it starts getting weaker. We are also aware that an excess sodium intake is harmful for our blood pressure since it increases it as it holds excess fluid in our bodies. This excess fluid causes a burden on our hearts increasing the chances of a heart failure or stroke. Other diseases like stomach cancer, kidney disease, and osteoporosis can also be attributed to an increase in the salt intake.

One of the effective ways of understanding how much salt you are eating is to read food labels. Another research says that you should try to limit your intake to less than 100 mg of sodium for each serving of food. The tempting junk food as it is called has a high amount of sodium; these include snacks, canned food, deep fried food and even bread.

It is always better to cook your own meals and prepare them keeping in mind the sodium intake instead of buying pre- cooked, ready to serve meals which are easier options.

So the next time you are tempted to reach out for the salt shaker think about your immunity !