Trending News
Is the lockdown during Covid 19 or mental depression to...
Shocker for Bollywood – Actor Sushant Singh Rajput commits suicide
This is Ahmad Essam
Karan Johar says he is now available for Father roles...
India’s Covid Cases record a steep rise – cross the...
Rockstar singer Guru Randhawa releases a devotional song amid coronavirus...
Happy Buddha Purnima 2020 Quotes and Wishes for Facebook, WhatsApp
Neetu Singh has been pouring love and gratitude in her...
After e – commerce gets a go ahead, day 1...
News of migrants being asked to pay for their train...
Home Nation India reverberates with the sound of solidarity as people clap, ring bells and bang on plates during Janata Curfew today on 22nd March 2020
Nation

India reverberates with the sound of solidarity as people clap, ring bells and bang on plates during Janata Curfew today on 22nd March 2020

In an unprecedented move people from all over India joined in creating the sound of support by applauding workers of all essential services including doctors, nurses, medical staff, the police force and other departments who have been working round the clock  for the general public in the wake of the dreaded coronavirus infection without paying any attention to their own health and safety . For five minutes and even beyond  that people stood on their terraces, windows, doorways and passages of their houses to clap , ring bells and bang  on plates and other vessels to create a loud noise in a bid to show their appreciation and support.  This initiative was undertaken today, following Prime Minister Modi’s recent live address during which he called for a self-imposed Janata Curfew from 7 a.m to 9 pm on Sunday the 22nd, March requesting the people of India to abstain from moving outdoors.  This he indicated would be a good measure to counteract and safeguard the spread of the Coronavirus which had begun its’ 3rd stage  in India wherein community transmission would be the biggest challenge. These long hours of restriction in movement and interaction would prevent the chances of a chain infection of people from spreading it to one another through interaction and the touching of contaminated surfaces. 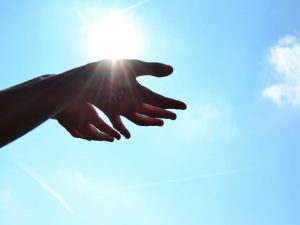 Opinion has been divided on how long the coronavirus lasts on surfaces, and it would not be wrong to admit that as yet no conclusive fact has been drawn. A recent report published in The New England Journal Of  Medicine on March 17th 2020,  mentions  that the virus can be active for 3 hours in the air, on copper surfaces it can live up to 4 hours , it can live up to 24 hours on cardboard and stainless and plastic surfaces can keep it alive for 72 hours.

Several unverified reports doing social media rounds have claimed that this initiative of clapping could create a sound and vibration powerful enough to kill the virus. This claim has come under the scanner by many including Congress leader Shashi  Tharoor who although has supported the Janata Curfew  has rubbished the usefulness of this act if seen in the light of killing the virus and  goes on to say that the life of the coronavirus is not just 12 hours and clapping would not kill it. He however appreciates it when seen as an act of solidarity as an idea floated by the P.M in his live address to the nation but also mentions in his tweet that one such curfew is not enough to stall the transmission of the virus.

It has also been brought to light that this public applause in appreciation of dedicated public service workers and those from essential services has already been practised in Spain and Italy after massive outbreak of the Coronavirus.

Other precautionary measures being adopted by the government to contain the spread of coronavirus through community transmission includes suspending public transport – trains and interstate buses and contemplating a lockdown in the 75 districts where the virus has spread rapidly.

Amidst the various theories and speculations being made about the 5 pm clapping today one fact that emerges strongly which even the worst critic would have to acknowledge is , that differences were set aside, political arguments were silenced , contemplation was put on the back burner, as people supported the  initiative based on  their  own reasoning  but  for those 5 minutes today  when people united and came forward to clap and create a sound  they definitely  rang   in appreciation, hope and positivity !