Trending News
Is the lockdown during Covid 19 or mental depression to...
Shocker for Bollywood – Actor Sushant Singh Rajput commits suicide
This is Ahmad Essam
Karan Johar says he is now available for Father roles...
India’s Covid Cases record a steep rise – cross the...
Rockstar singer Guru Randhawa releases a devotional song amid coronavirus...
Happy Buddha Purnima 2020 Quotes and Wishes for Facebook, WhatsApp
Neetu Singh has been pouring love and gratitude in her...
After e – commerce gets a go ahead, day 1...
News of migrants being asked to pay for their train...
Home Technology  Amazon protest leads Pentagon to reconsider the Microsoft contract
Technology

The JEDI Or The Pentagon’s Joint Enterprise system has considered Amazon Web Services a market leader and a leading candidate in providing cloud computing services for a long time, however recently the Tech Giant Amazon protested against the awarding of a major cloud computing contract to Microsoft, because they feel the bidding process was flawed which led to the Pentagon reconsidering its’ decision.

In a court filing this week, The Defense department according to the U.S. government lawyers   “wishes to reconsider its award decision” . They will take another look at how they evaluated technical aspects in the proposals made by the companies to run the computing project of $10 billion.

This project will have the capacity to process and store large volumes of classified data, which will then allow the U.S. military to enhance their communications with soldiers who are on the battlefield as well as use artificial intelligence to expedite its war planning and fighting capabilities. 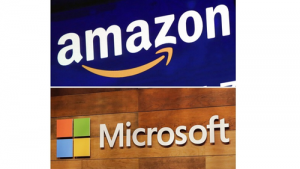 After the contract was won by Microsoft in October, its competitor Amazon sued the Pentagon. In the face of this lawsuit, work on the project has been stalled.

It was indicated earlier this month by the judge presiding over this bid protest in the U.S. Court of Federal Claims, that there was some merit on the challenge made by Amazon on technical grounds which involved pricing.

The decision of “certain aspects “will be reconsidered by Pentagon for which they have requested 120 days. Amazon commented that it was pleased with this decision to reconsider the award.

A possible outcome of this as mentioned by Wedbush analyst Dan Ives could be of Pentagon splitting the award between the two companies or with other vendors as a result of which the stalled project could move forward and out of the courts where it currently lies.