Trending News
Is the lockdown during Covid 19 or mental depression to...
Shocker for Bollywood – Actor Sushant Singh Rajput commits suicide
This is Ahmad Essam
Karan Johar says he is now available for Father roles...
India’s Covid Cases record a steep rise – cross the...
Rockstar singer Guru Randhawa releases a devotional song amid coronavirus...
Happy Buddha Purnima 2020 Quotes and Wishes for Facebook, WhatsApp
Neetu Singh has been pouring love and gratitude in her...
After e – commerce gets a go ahead, day 1...
News of migrants being asked to pay for their train...
Home Technology South Korean Giant Samsung to launch Samsung Galaxy M21 with 48MP triple cameras on March 16th
Technology

Samsung is all set to launch another smartphone to its rapidly growing list of devices in the country. The company is all geared   to launch a new Galaxy M series smartphone slated to be the M21.

The new Samsung Galaxy M21 is all set to  introduce 48-megapixel lens-based triple cameras and a 6.4-inch display with a Super AMOLED panel .

The highlights are as follows:

The Samsung Galaxy M21 is slated for launch on March 16

This phone will be more pocket friendly and affordable as compared to the Samsung Galaxy Galaxy M 31 . From reports which have leaked before the formal   launch it seems that the highlight is its camera feature.

The rear camera set-up will house three rear cameras including a 48-megapixel primary sensor. The   front has a single lens for selfies — 20-megapixel sensor 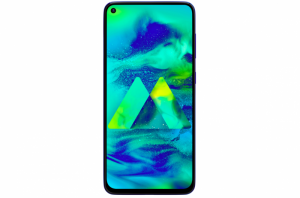 In a report leaked by IANS before the formal launch it has  mentioned that the new Samsung Galaxy M21 will have a 6.4-inch display with a Super AMOLED panel. This device is also expected to have an Exynos 9611 octa-core processor with 4GB RAM and 64GB of storage.  It is rumoured that a second variant to this will also be available with 6GB of RAM and 128GB of storage. This whole set-up will be powered by a 6,000mAh battery.

This report has appeared on Geekbench, where the   phone has been shown to include 4GB of RAM and running Android 10-based OneUI 2.0.

As mentioned earlier, after its launch the phone is expected to be more pocket friendly than the Galaxy M31, which at Rs 15,999 brings with itself a 6.4-inch AMOLED display.