The world has become aware of the infectious & deadly epidemic called <a title="Coronavirus" href="https://hoursofnews.com/tag/coronavirus/">Coronavirus</a>, which started from Wuhan in China & now is spread across other nations as well, including India, Russia & Britain. Right now every nation has diverted most of their attention on this epidemic which is growing in capacity to kill more & more people where the death toll in China have already risen to around 490 & many who have been infected are under observation. 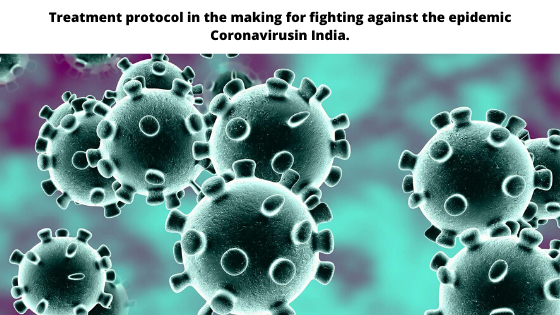 Treatment protocol in the making for fighting against the epidemic Coronavirusin India.

In the case of India, three cases have already been registered in Kerala. And recent reports suggest that a treatment protocol has been worked upon to battle against this deadly disease. This decision has been taken by the Indian council of medical research (ICMR) to prepare for any kind of public health emergency in India. Reports say that the Indian research agency is working upon a standard treatment protocol for fighting against the virus.

Similar to the protocols being followed by China, India too will be developing a treatment that will comprise a combination of lopinavir and ritonavirthat is used in the treatment for AIDS/HIV, which has also been approved by the Drug Controller General of India (DCGI). And, the cocktail of these antiretrovirals will be supplied by Cipla & Aurobindo. In support of this work undertaken by ICMR, the Indian generic companies being the largest manufacturers of antiretrovirals also showed their support to the government for supplying if need be.

It is believed that currently there are no such proven treatments available to combat this disease for which scientists have been working day & night to find the correct treatment & medications, but as an alternative, ICMR has suggested the drugs mentioned above for treating Coronavirus & have been taken as only a precautionary measure in case of emergency.

In other news, the Indian ministry also faced a backlash from the Indian Medical Association for promoting homeopathic cure for treating Coronavirus. The Indian ministry for traditional medicines had recommended herbal remedies for fighting against the outbreak of the virus. AYUSH (Ministry of Ayurveda, Yoga & Naturopathy, Unani, Siddha, Sowa Rigpa and Homoeopathy) publicised & promoted their homeopathic treatment & cure for treating the disease. However, Dr RV Asokan, secretary general of the Indian Medical Association criticised AYUSH that their recommendations are premature, immature & irresponsible & are unproven therapies & recommended at a time when there is a public health emergency.

After the criticism, AYUSH clarified itself by saying that they are not claiming their recommendations as a treatment but as a preventive measure.