Trending News
Is the lockdown during Covid 19 or mental depression to...
Shocker for Bollywood – Actor Sushant Singh Rajput commits suicide
This is Ahmad Essam
Karan Johar says he is now available for Father roles...
India’s Covid Cases record a steep rise – cross the...
Rockstar singer Guru Randhawa releases a devotional song amid coronavirus...
Happy Buddha Purnima 2020 Quotes and Wishes for Facebook, WhatsApp
Neetu Singh has been pouring love and gratitude in her...
After e – commerce gets a go ahead, day 1...
News of migrants being asked to pay for their train...
Home Lifestyle Priyanka Reddy – A veterinary doctor by profession was raped and murdered in Hyderabad
Lifestyle

The nation is the shock with the latest rape and murder case of Priyanka Reddy.

In the horrific incident, the 26 year old was first brutally raped and then she was set on fire on the Hyderabad outskirts. Four people has been arrested in this case. 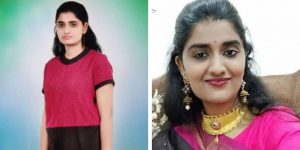 As per the reports, the four people who has been arrested had already pre-planned this barbaric incident after they came across that the victim parked her scooty at the  toll plaza.

The accused later on deflated the tyre assuming that the lady would later come up in the evening to pick up her parked vehicle.

Finally, when Priyanka Reddy returned to the place where her vehicle was parked, then she noticed that she had a flat tyre.

She further rang her sister who suggested to leave the vehicle on the spot and further come back home by booking a cab.

Before she could book her cab, two men came and offered to fix her flat tyre.

The victim was then dragged to the bushes where she was gang raped. Later, they took her to an under construction bridge where she was set on fire.

Sexual violence and rape against women has been ever increasing since the infamous December 2012 Delhi gang-rape. As per the latest government figures, police had registered about 33,658 rape cases last year.

All these has been virtually the result of long trial at courts. Many criminals believe that they can easily escape their crime as there is a great loophole in the Indian court panel.

Let us look at some of the punishments that is give against rape in some other countries:-

Above seeing the above rape punishment by some other countries, our Indian government should also take some inspiration and give harsh punishments to the rape accused such that all these rape incidents are  minimized in the country.