Trending News
Is the lockdown during Covid 19 or mental depression to...
Shocker for Bollywood – Actor Sushant Singh Rajput commits suicide
This is Ahmad Essam
Karan Johar says he is now available for Father roles...
India’s Covid Cases record a steep rise – cross the...
Rockstar singer Guru Randhawa releases a devotional song amid coronavirus...
Happy Buddha Purnima 2020 Quotes and Wishes for Facebook, WhatsApp
Neetu Singh has been pouring love and gratitude in her...
After e – commerce gets a go ahead, day 1...
News of migrants being asked to pay for their train...
Home Entertainment Tujse Hai Raabta’s star Shagun Pandey is Down With Dengue
Entertainment

Tujse hai Raabta actor Shagun pandey is not doing well these days with his health. Last month, a number of news came up that many television stars has been suffering from Dengue off lately. All of them are doing well know except Shagun pandey who has been contacted with the disease just now. 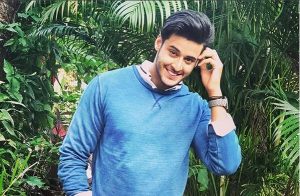 Earlier, Shagun was suffering from very high fever and later he went on to get some blood test done which revealed that he was having dengue. The most interesting thing is that the actor is still working and perhaps doing the promotion for the Zee Rishtey awards.

Recently, a leading entertainment portal got in touch with Shagun and he quoted “ Yes, I have been suffering from high fever and it is still present. Later, I went on for blood test and then I got to know that I was suffering from dengue fever.

But, I had given the commitment to shoot and therefore I have taken multiple pain killers and thereby working.

We wish him prosperous health ahead!