Trending News
Is the lockdown during Covid 19 or mental depression to...
Shocker for Bollywood – Actor Sushant Singh Rajput commits suicide
This is Ahmad Essam
Karan Johar says he is now available for Father roles...
India’s Covid Cases record a steep rise – cross the...
Rockstar singer Guru Randhawa releases a devotional song amid coronavirus...
Happy Buddha Purnima 2020 Quotes and Wishes for Facebook, WhatsApp
Neetu Singh has been pouring love and gratitude in her...
After e – commerce gets a go ahead, day 1...
News of migrants being asked to pay for their train...
Home Technology Whatsapp fixes a ‘ Weird bug’ that probably no one noticed
Technology

Whatsapp has finally fixed a strange issue in the application that probably no one noticed for many years.

The bug was basically a “ weird line “ present on the splash screen of Whatsapp. 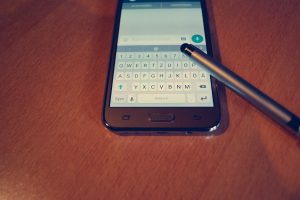 The bug was first spotted by the website WaBetaInfo who showcased the problem by altering the image contrast of the splash screen.

WaBetaInfo tweeted that the line is almost invisible but if you zoom it, then you would preferably notice it.

Whatsapp further fixed up the issue through the latest android update 2.19.297 this week.

However, the fact is that the users noticed another new problem.

A Whatsapp user shared the updated splash screen image in which Whatsapp logo for literally off-center.

Also, with another update of Whatsapp, there can be the disappearing messages introduction as per the report given by WaBetaInfo.

This new feature would be available for the users on whatsapp group chat and it can only be enabled if the administrator of the group approves it.

Also, the admin of the group would get an option to select if the messages would last for one day, one hour, one month , one day or one year before they eventually gets deleted.